Headgear in the Middle Ages: The Wimple 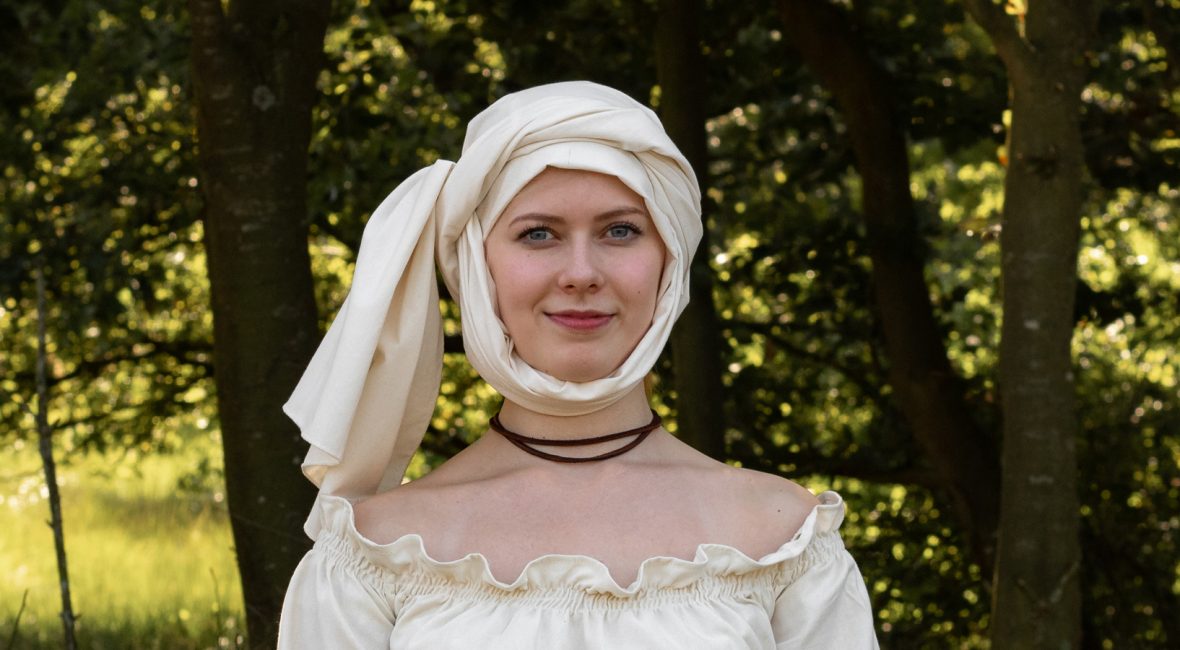 For both women and men, headgear was indispensable in the Middle Ages. For example, they were used to protect against dirt, lice and weather conditions. Women, especially married ones, also wore them for morality purposes. One form of headgear was the so-called wimple. This is a cloth that the woman put around her head in such a way that the hair and part of the face are covered.

The wimple in the Middle Ages

The wimple was often a part of the nun’s costume. This is hardly surprising, since wearing a wimple was considered particularly moral. The great advantage of this headgear is that no needles were needed to fasten it. If the wimple is well wound, it will hold without any problems all day or at least until it needed to be straightened from time to time. It was worn from about the 9th to the 15th century, only the method of winding changed over the centuries. On several representations, it was often worn together with a veil.

There are numerous different ways to tie a headscarf in the medieval style. One of them is the wimple, in which the cloth is wrapped around the head and chin, with one end protruding on the side. We used a cloth measuring 180 cm x 50 cm. This headscarf is also available from us in the shop. It shouldn’t be much shorter for this kind of winding technique either.

Once you pull the end out, you can feel how tight the wimple is on you. If it is rather loosely bound, it does not constrict, but for this you may need to practice on your wrapping technique more often.

Tutorial: How to tie the wimple

First, place the open cloth along your back of your head. The side on which the cloth hangs out later should be marginally longer.

You now turn on the side on which the cloth end is to hang out later.

Now move the just turned side up behind your head.

You now place the upper part over your forehead, while the previously unused other side of the cloth runs under your chin.

Almost done! Now all you have to do is pull the bottom end to the back of your head and release the top end.

Tipp: If you want to wear a headscarf the medieval way, but doesn’t like to cover your chin, check out our tutorial “How to tie a medieval headscarf“. 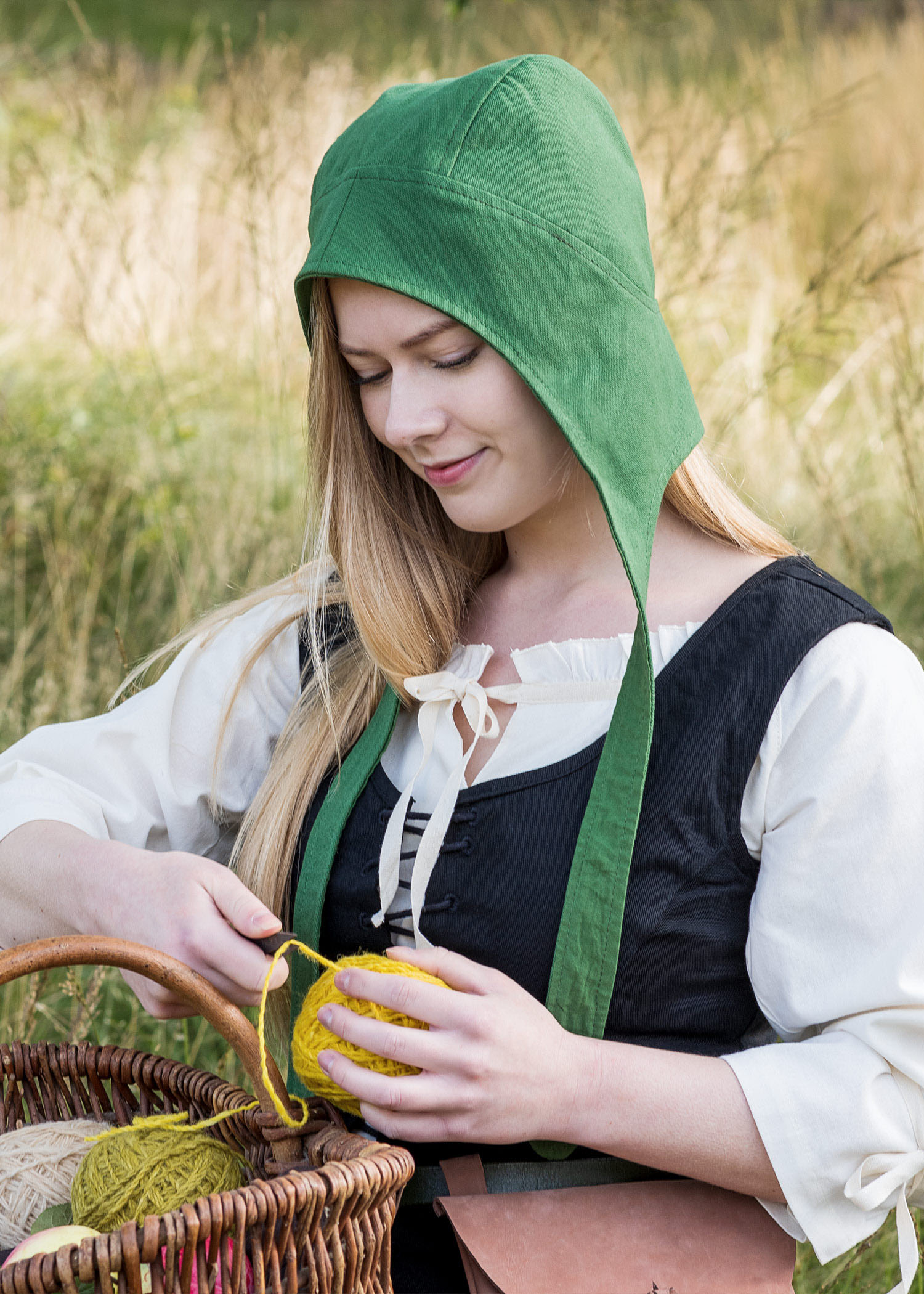 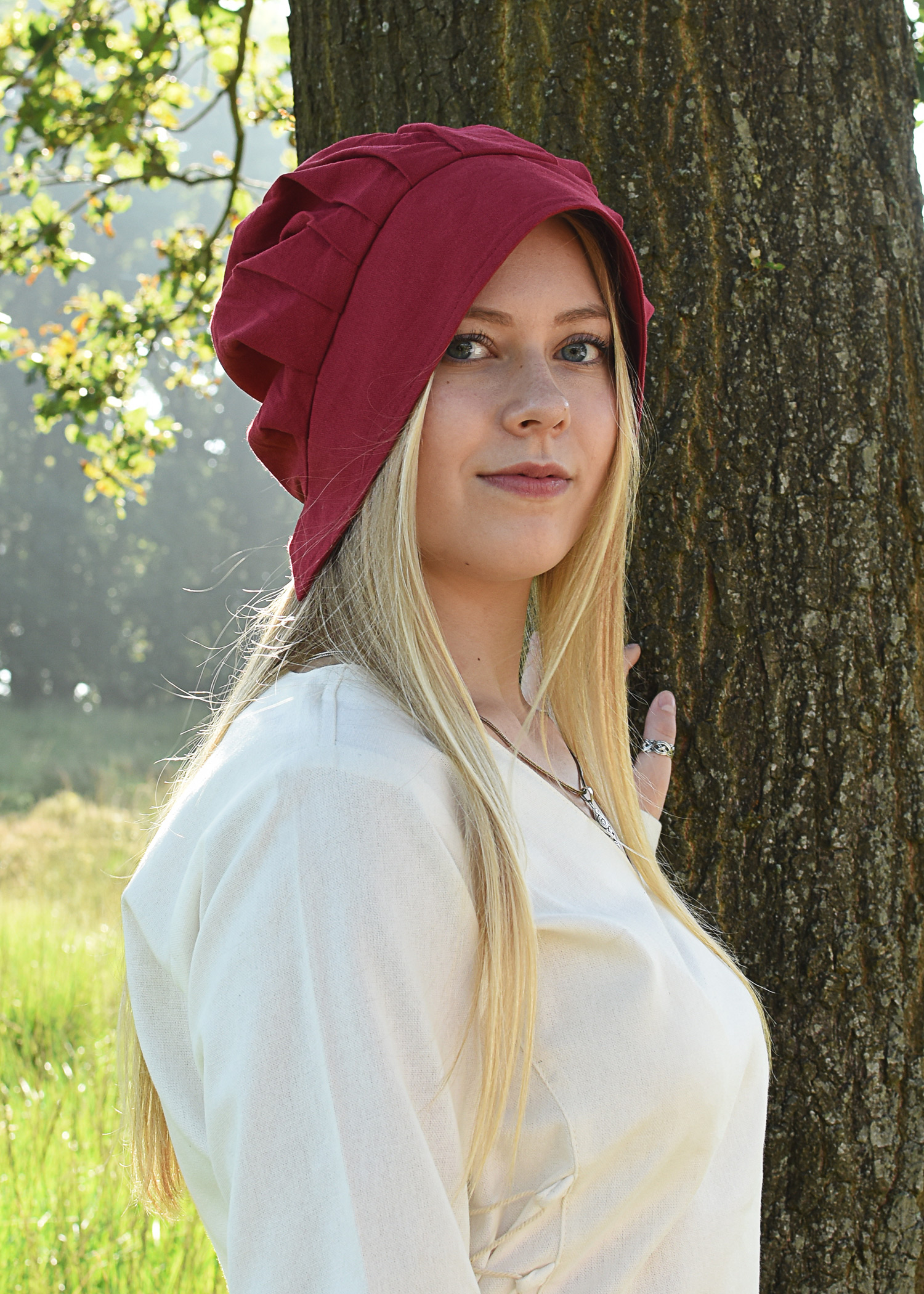 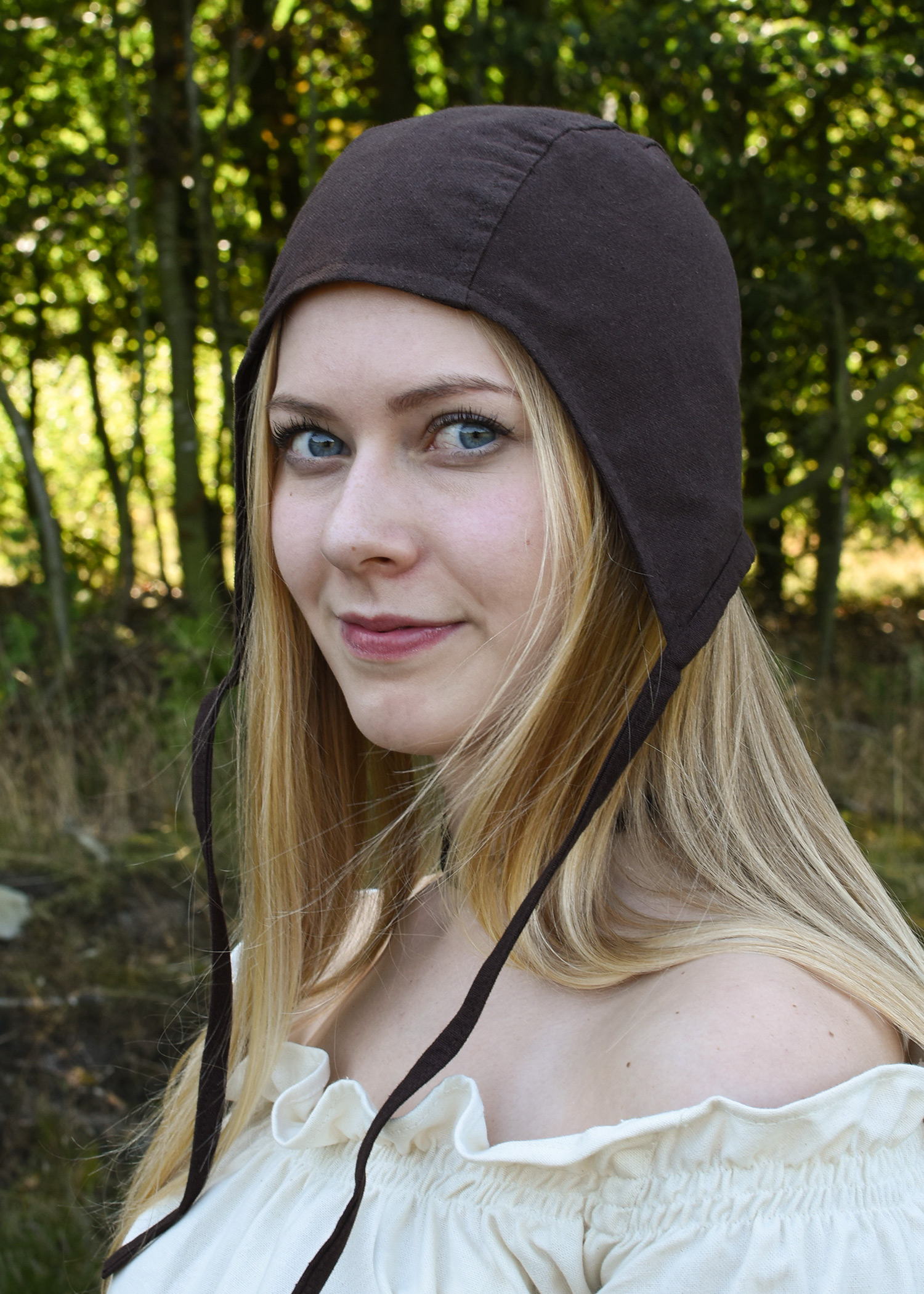 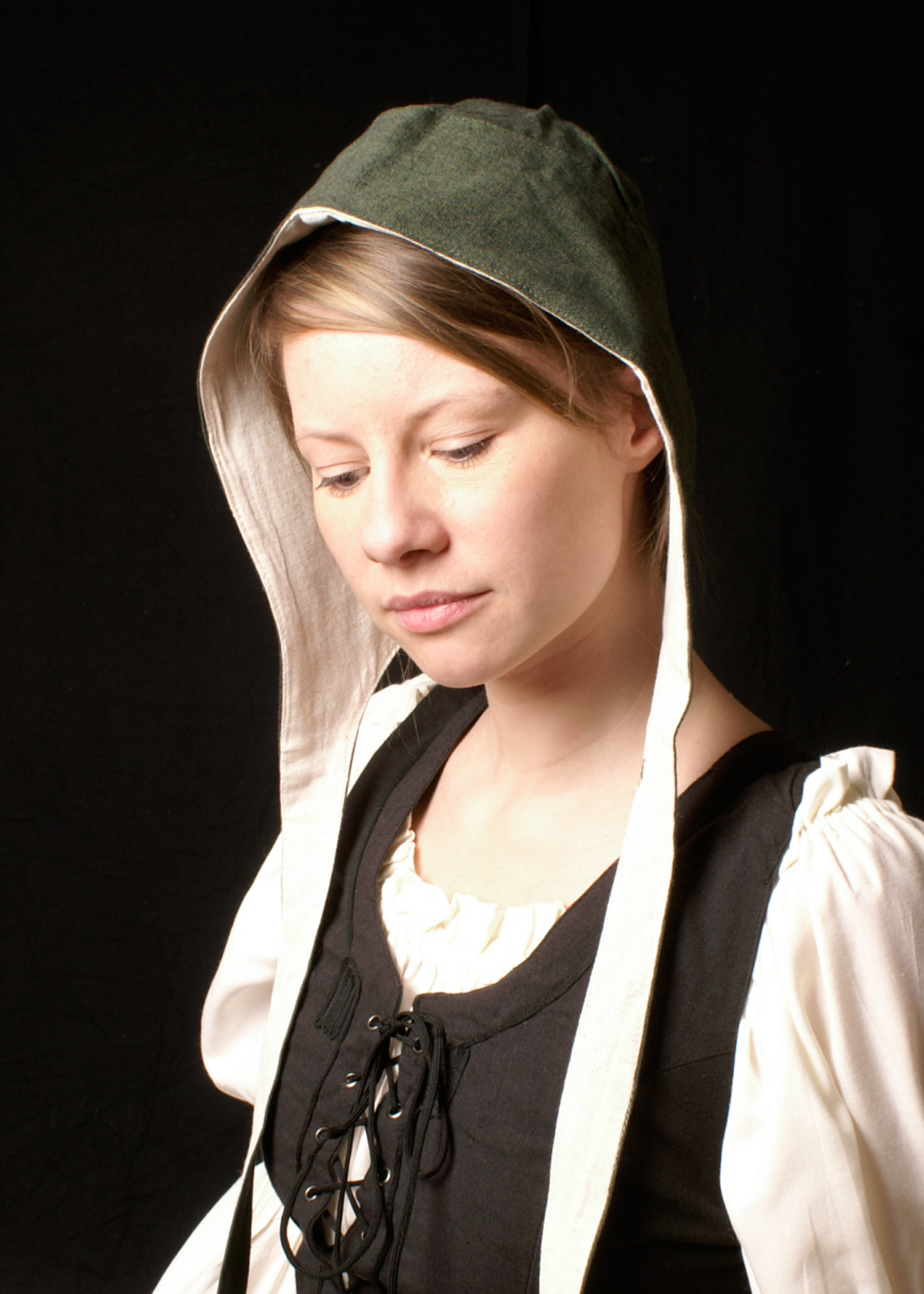 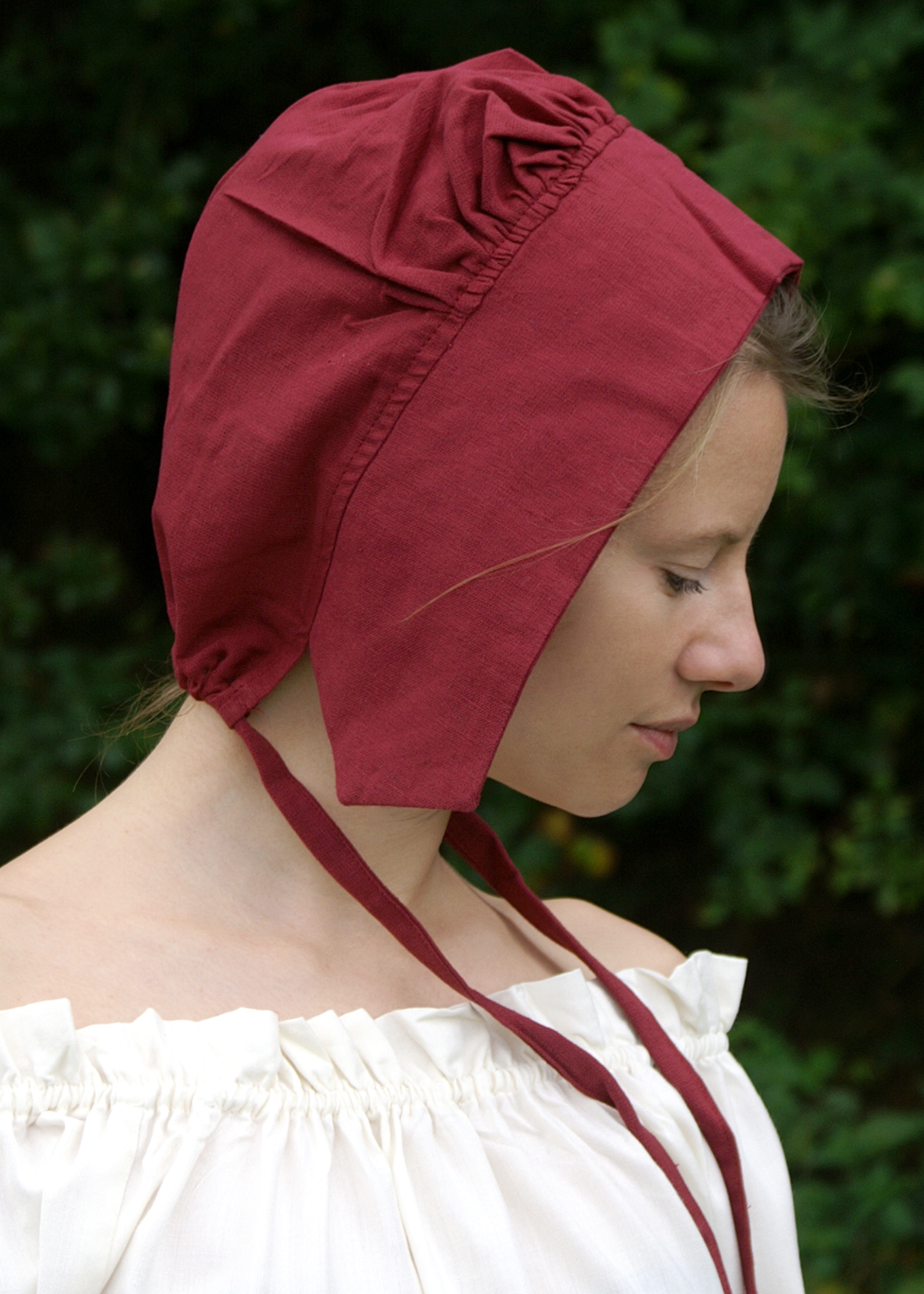 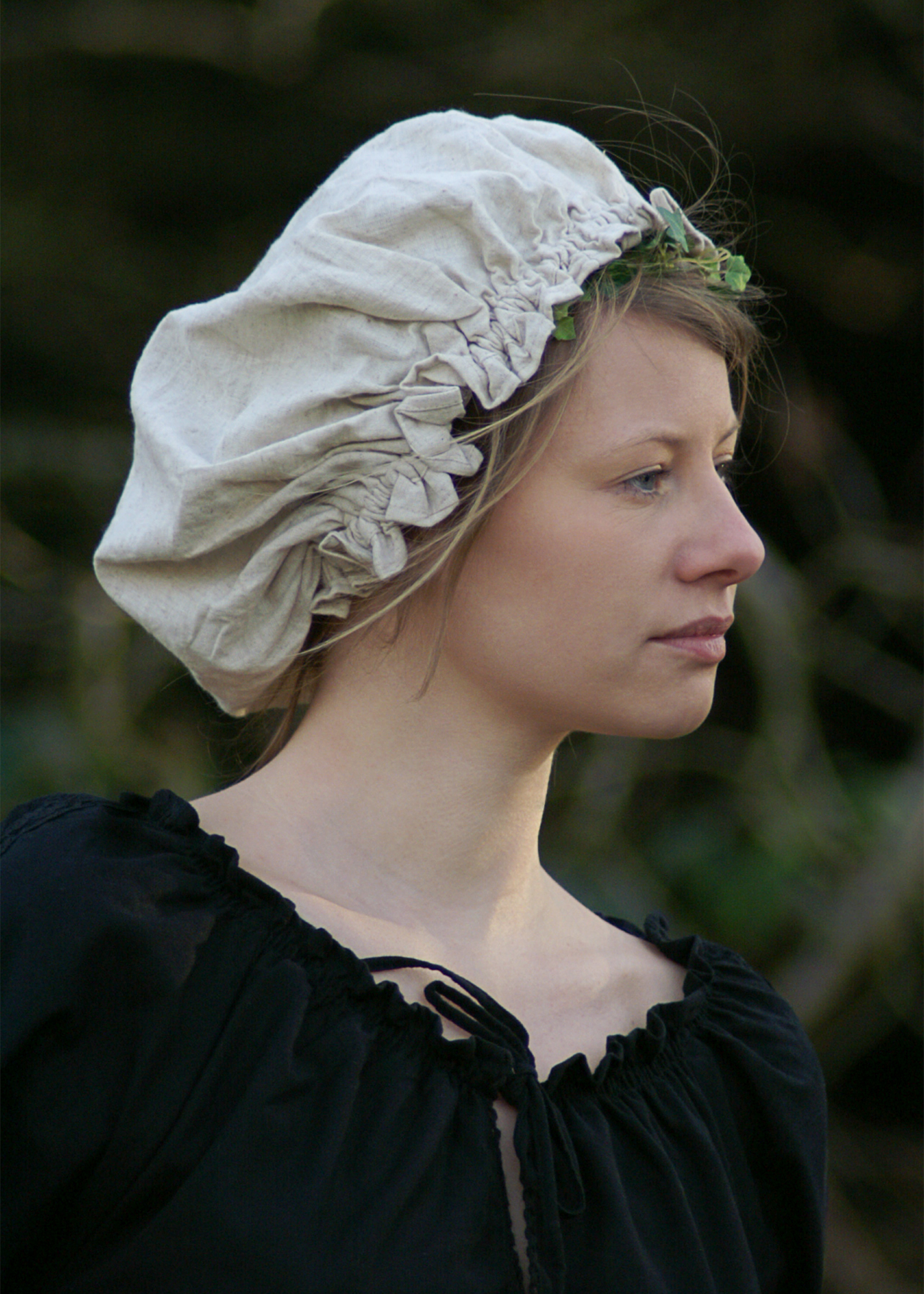 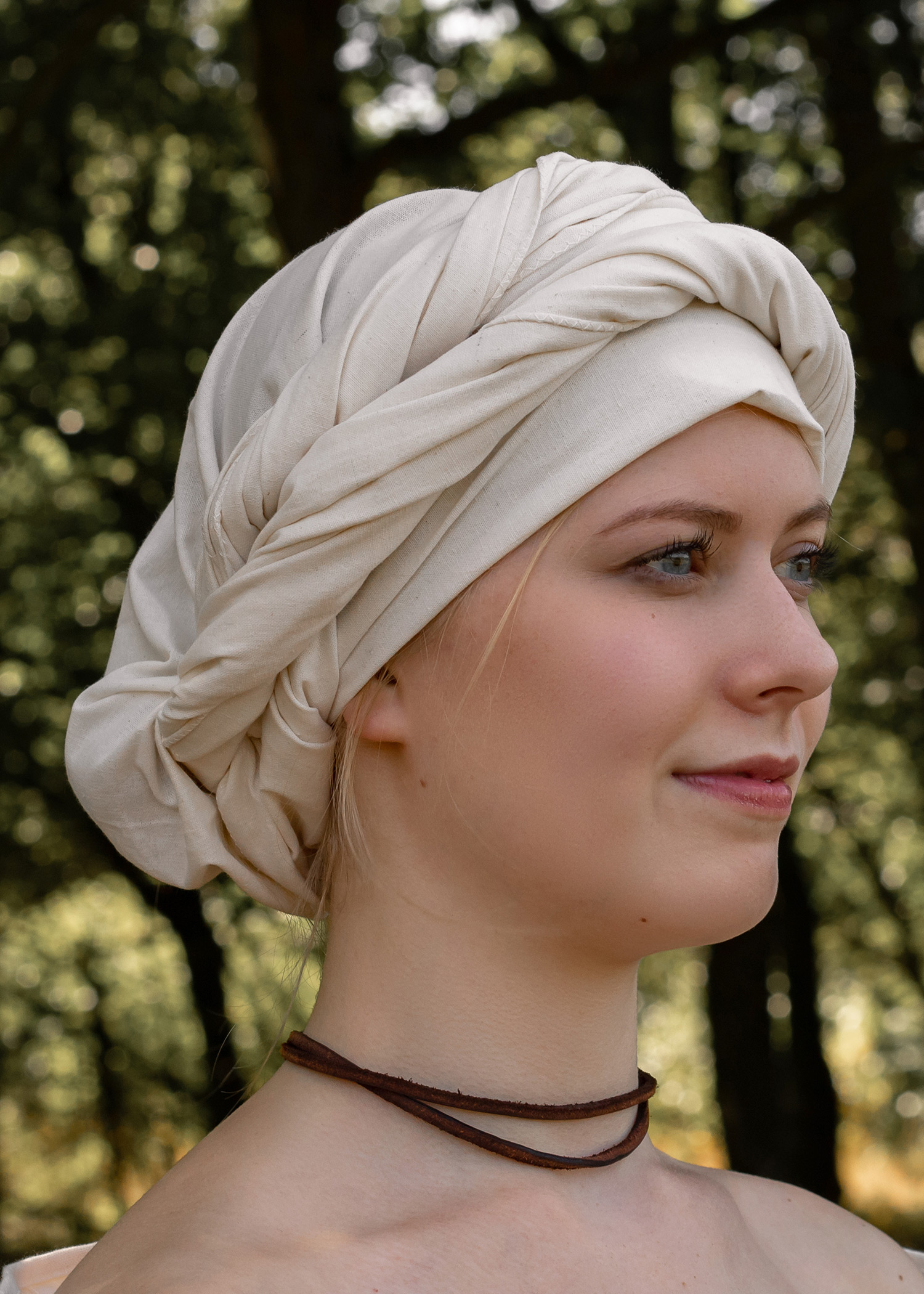 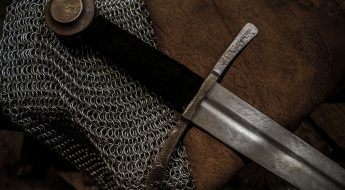 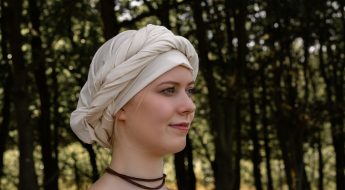 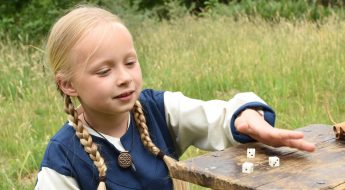 « Zurück
Cooking like in the Middle Ages: Mead vegetables with starter and dessert
Weiter »
My first medieval camp – How best should I prepare for it?